When one-third of one of my biggest influences from the hip-hop culture was suddenly lost to us, I admit it: I wept. Hard.
I couldn't believe it. It made no sense. He couldn't be gone. He was immortal. Run-DMC and Jam Master Jay were fxcking immortal. A part of the bedrock, the infrastructure. There's no way.
I remember that the day after, the streets were filled with nothing but the best that these men gave us: "Rock Box". "King of Rock". "It's Like That". "Raising Hell", a song I still need to play before a show, like a ritual. And someone, in a drop-top, in Brick City, no less, was actually blasting "Jam Master Jamming". I was having an "oh, shxt!" moment right there on the bus. It was beautiful.
It's Jay's birthday today. I still wonder what it would be like, how much further would the East Coast have come, if he were still here. Would the sound have reshaped? Would Run-DMC have made us a slew of more stuff? Would they have toured? Would Jay have hit us with more skilled djs, well-trained in the art of scratch? Would he have turned out something to turn the whole rap world upside down? I like to think so.
Happy Birthday, Jay. You're still in my heart and on my mind. Thank you for helping to make me what I am. 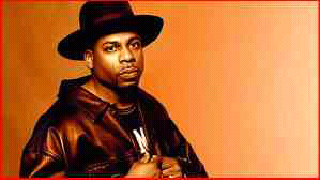 Posted by ThaGataNegrra:[redacted because petty people] at 4:52 PM No comments: