I've Been Putting This Off...

Not sure why. But I know I have been meaning to do it despite its personal subject matter. So get comfy, grab a coffee or something, cuz it's that kinda story.

I think a few posts back I mentioned that I'd lost a family member to cancer. Since then, I have lost some more family members to cancer, and last summer I found out that my eldest's sire is also being stalked by the beast, and that a few people in my working circle have either had scares or have also lost loved ones to this monster. It seemed inevitable that I might be in those ranks myself. Mind you; I wasn't being pessimistic--I was simply looking at it from an odds POV.

Let me tell you a bit about a personal slice of Past-Life:
When I was a teenager, I was sexually assaulted. Because of where I was at the time, it happened nearly nightly (give or take a night or two) for approximately a month. It is a long story I will not get into here, but I will say that it left me with a few parting gifts. ::severely sarcastic font on:: One of these gifts kept on giving, and its name was human papilloma virus.

It showed up as a blemish/wart on my cervix, which was biopsied, and then not explained to me nor was it heard from for years. I didn't even know it had a name--they made it sound like the simplest thing; they cut it off and poof-! Gone. It showed up again years later-- wart-on-cervix, biopsied, but that time the doctor I was seeing was kind enough to explain what it was. I was mortified...but then I remembered the term for the method they used to take the biopsy, and I had only ever heard the word once before in my life: when I had the first biopsy. It was "colposcopy". I put two and two together and asked, "So is it possible I've had it all this time?"
"Yes," doc said. "It could have lain dormant all this time."

Didn't help me feel better. I was still mortified...but the doctor then reassured me that HPV was, in fact, so common, and there were so many strains of it, that eighty percent of the population have it, and/or probably will get it once in their lifetimes.
Eighty. Percent.
WTF.
Still didn't help me feel any better, LOL.

So, again, I didn't give it any more thought, save for me being responsible enough to tell past and current partners, even though it may not have been necessary (I was quite careful, and not all strains stick around). I figured radical acceptance was the way to go. It was what it was.

Last year around Yuletide, I got the news that I had an abnormal Pap, I would need yet another colposcopy-- which I got-- and when the results came back...I wasn't happy.

There are low-risk strains and high-risk strains of HPV. It turned out that I had a high-risk strain of HPV that is known to cause cancer, and that I was in what they called CIN 1 or mild cervical dysplasia. Also, LGSIL. Why this shxt has so many names is beyond me, but they all mean "Hey, you have abnormal and possibly precancerous cells on your cervix. You should prolly get that taken care of."

The doctor sat me down and explained what my options were. They sent the biopsy out for further study to see if I would need a surgical option. There were a few methods of killing the abnormal cells, and I had all of the ones he performed laid out before me. After much freaking out, I did what I do best: I researched the fxck out of things and armed myself with information. And the things I found weren't pretty, but they were supposed to save my life.

It turned out that the cells were abnormal enough to warrant a procedure called a LEEP conisation. That is a link to a description, but if you're feeling brave, go look it up on YouTube. I did. I had to know what was going to happen.

Hoo, buddy. I didn't see how a cervix could ever be normal again after that. I was scared and upset, but I knew it had to be done. I have cubs and a loving partner who need me.

My family was concerned--especially my Mami, who had tangled with cervical cancer herself so she was really, really worried. So was I, of course, but I just accepted it. It was what it was, and rather than crawl in a hole and wait for it to turn into thirty different things, I was going to do something about it.

I had the procedure earlier this year, and willed myself to heal. I had a follow-up shortly after, and was told they got all the abnormal cells and that I was healing nicely. I was told to come back for a follow-up Pap in a few months.
I recently had said Pap and am waiting for the results. The doctor did say to me that my cervix looked pretty good, so paws crossed.

I'm sharing this because I want you all, GNOtaku, to be careful. Back then, the vaccine for this didn't exist yet, and even now there is some debate as to whether or not it is effective or even safe for young people to have. The best course of action if you are already sexually active is to make sure you get an annual Pap smear, ladies, to stay on top of it. Guys, talk to your sexual partners ( as of this date there is no approved test for HPV "status" but there are tests to screen for cervical cancer in women 30 years and older), and everyone stay wrapped up. It's the responsibility of BOTH partners to bring and use condoms. The ultimate defense is to not have sex at all. In my case, unfortunately, I didn't have a choice or say in the matter.

HPV is sneaky in that most people don't even know they have it because there are no symptoms. Some might not know until they get genital warts or until other complications arise from it.

Read this and get the facts about it. Make sure you stay safe out there. Do your research about the vaccine and see if you are eligible to get it and if it is right for you. I'm not advocating the vaccine, but I'm not condemning it either. Find the best option for you.

I'm feeling pretty positive about my chances. I know that it is something I need to make sure I stay on top of if I want to stay healthy. I am making changes in my diet and lifestyle to ensure that I am less likely to have a problem down the road. I'm positive I'm going to be just fine.

... evidently--to mistake for one another.
Especially if we're "weird"or "alternative".
Someone said I "looked exactly like [Tamara of] I Puke Glamour" and then snarkily added "Hmmmmm", regarding my assertion to accept no imitations (which really was a disclaimer for people to distinguish me from a particular... person).

C'mon, dude. I mean, I'm how much darker than she--?
It got me thinking, though, about how when black girls have coloured hair, awesome, unusual clothes, and express themselves in a different way than what is expected, suddenly we're all Lil Kim or Nicki Minaj, or George Clinton-- anyone but who we actually are. Or we're intentionally twinning ourselves if we have similar hair. In my case, I do actually have a fax, but I've only ever been influenced by what I see.

It's unfortunate, but no other race accuses each other of "trying to be like (fill in the blank)" or "the fake (fill in the blank)"more than black people. I mean, c'mon: non-black girls wear synthetic dreads and straight fringe in all the colours of the fxcking rainbow all the time, and they don't get accused of trying to be, say, Kerli, or Machine Sex or Lady Gaga or whatever. I do it, and I'm suddenly Bitchface/Tamara/I Puke Glamour, I'm Yo-Yo Suicide, and the people I mentioned above--Minaj, Kim, and Uncle George (who, by the way, doesn't have the coloured hair anymore, so I say this to you: :oP). I have big "normie" hair, then I'm Tina Turner, Chaka Khan, Patti Labelle.

Seriously?
Is that really the best we can manage, in lieu of just taking me as I look--does everything have to be identified with someone famous? Last I checked, my name was GATA, not any of the above. Nor am I "George Clinton's wife/granddaughter/whatever".
Yes, that actually happened. More than once, and once from a band on stage performing at the time.
There is a huge difference between imitating and being influenced.
I've been influenced by people from the eighties like Cyndi Lauper, Jody Watley, Eighties Prince and Eighties Madonna (important to say "eighties" because they reinvent themselves so often), hip-hop culture, geek culture, movies, books, subcultures, video games, Japanese street style, mangas, comics, and God knows what else. I'm one of those people who throw stuff together, make it coordinate somehow, and hope it sticks. For as long as I've been able to choose my own clothes, I've been that type. I always expressed myself through my gear, long before Minaj, Gaga, Kim. I used to colour streaks in my hair with eyeshadow and rip up my stockings, cut my tees, slaughter my pants, shop at thrift stores. I was making jewelry out of baby shower favours, doll furniture, and discarded pieces of other jewelry (waste not, want not). I would find a place between eclectic and "me", and that's where I was comfortable.
This always got reactions like this

And a lot of this.

Once in awhile it was strange, but nice, to get this...

I still get these reactions. I pretty much expect it. It's one of the perks of being meows truly.

Anyways...
Unless someone is doing this 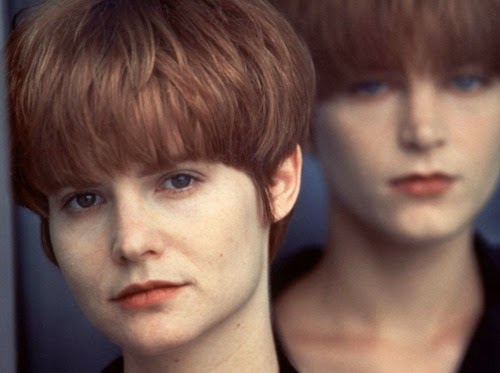 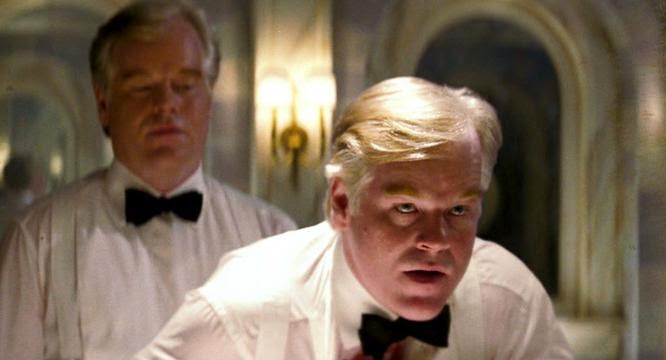 to their fellow so-called "weird", "alternative" black chyck, or doing everything like this

constantly (::ahem::) , then I don't see how we're all running around trying to be like each other (or celebrities). It must be some odd offshoot of "(fill in the blank) people all look alike". Generalizations; blanket statements. Ignorance. Indifference. Not thinking.
It would be nice to wake up one day and live in a world where this doesn't happen. Where I don't get, "Who you s'posed to be?" Me, duh. I can't be anyone but me, a living mash-up of stuff I really like. And I do it organically. It's something that can't be helped, I'm afraid.
Try and see each person for who they are, rather than think they're just cloning someone else.
Unless, of course, they actually are--and it's blatantly obvious.
Knock yourself out, then, LOL.
Posted by ThaGataNegrra:[redacted because petty people] at 12:23 PM No comments: